The home of girls football in Bolton 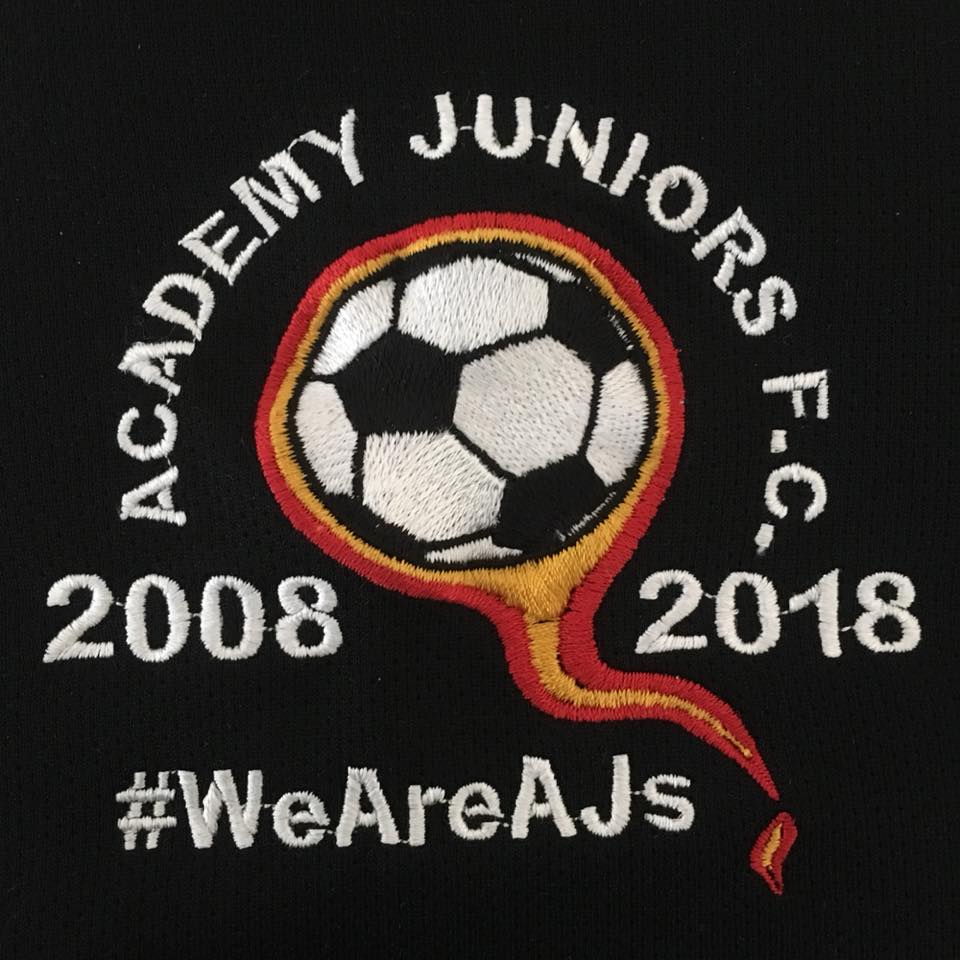 It may not have escaped anyone’s attention that we’ve been a little quiet on the blogging front at Academy Juniors over the past season.  This is mainly because a lot has been going on behind the scenes at the Club as we develop and grow, and partly because our chief blogger has been otherwise occupied since going into labour at the Bolton Active Sports Awards in September last year – see previous blog!

Rest assured that AJs are BACK, and that we have lots of news to share with you if you’ve not already been following us on social media.  For now, though, here’s a little focus on our ‘team’!

…Last year’s winner of the Joyce Watson Award, Emily Hindle, has left us to focus on her own playing career over at Rochdale Ladies FC and to coach professionally at Blackburn Rovers.

…Youngest club coach, Cole Salt, is embarking on the start of a fantastic new career overseas, where he is working as part of the children’s entertainment team at Paradise Island Hotel in Playa Blanca, Lanzarote.

…Coach for our Under 18s team, Rhys Carter, leaves us to concentrate on his final year of studies at UCFB.

We wish them all the best of luck, and are filled with pride at the their existing achievements and future ambitions.

So, where does this leave us?  When a coach leaves our Club, it’s important to get the right people in place to take up the responsibility of coaching, leading and developing the players who choose to stay with the AJs family for a future season.  This started a little early for us at AJs, when mid-season we welcomed Dean O’Brien back to the Club to take over the reins of our Ladies Team.  Dean is an AJs original, having been a member of the GreenArmy since the early days, and we were so sorry to see him go when he moved on to new projects away from football.  Fast forward to a few years later, and he’s back with an ever-building squad, new ideas, and a fresh approach to ensuring that our top age group are performing well on the pitch, and even better as role models to our younger girls whilst off it.

Former AJs player, Emily Norris, continued to run a superb set-up with the Under 9s, and was ably assisted along the way by Gav Wells – one of our wonderfully supportive parents.  Between the two of them, and with every credit to the ethos they have instilled in their girls, the team has just been named as Winner of the West Lancs League ‘Fair Play’ Award.

And let’s not forget dedicated coach and parent, Wayne Jenkins, who after a season of pure hard work and development, has just led his girls to victory as Under 12s winners of the North Valley League.  Is there an accolade our teams can’t achieve?

We’d be here all day if we listed all the support we continue to get from our families, supporters and sponsors, but here’s hoping they know they are appreciated, and we look forward to celebrating them at our coming AJs Presentation Evening at the end of June.  Get your tickets now if you haven’t got them already!

In the next couple of weeks, we are looking forward to unveiling our new coaches for our brand new Under 7s team as the Club goes ‘back to our roots’ by starting again with the youngest competitive age group for girls football.  As we embark on this brand new project, we are welcoming girls aged 5-7 of any footballing ability or experience to come and get involved in free summer sessions at our safe and welcoming indoor arena on Friday evenings, 6-7pm.  Those who then decide to sign up to the GreenArmy (which we hope they ALL will being doing) will get their very own kit to represent their membership of Academy Juniors – the home of girls football in Bolton.

Interested in playing, coaching, volunteering, fundraising or sponsoring at Academy Juniors, the home of girls football in Bolton?  Get in touch with our committee at academyjuniorsfc@gmail.com and come join the GreenArmy!

Jemma, Steve and Jo (The Committee)